Ometepe Island was my second stop on a ten day trip through Nicaragua. Situated in the middle of Lake Nicaragua, this island is about a one hour drive and short ferry ride from Granada. There are so many fun things to do on Ometepe Island, but more than anything I wanted to hike up one of the island’s two volcanoes.

First, though, I needed to decide between Volcan Maderas and Volcan Concepcion.

Volcan Maderas vs. Volcan Concepcion: Which to Hike?

Ometepe Island is shaped like a figure eight, with two volcanoes forming either loop and an isthmus connecting them.

Of the two, Volcan Concepcion is taller, with an elevation of about 5300 feet. Volcan Maderas is just below that at 4600 feet. But, by the time you climb down into the crater at the top of Volcan Maderas and back out, the net elevation climb is very similar between the two.

When choosing which volcano on Ometepe Island to ascend, there are several factors to consider, including:

Why I Chose to Hike Volcan Maderas

Let’s be honest, both of Ometepe Island’s volcanoes are going to offer killer views and challenging trails. What is unique about Volcan Maderas is that it’s far more shaded and, because you’re in the clouds for a good portion of the hike, it’s relatively cool. This also means that it rains frequently and the trail can be fairly muddy.

Have you ever hiked into an extinct volcano? I sure hadn’t! What once was filled with fiery lava, is now a crater lagoon at the summit of Volcan Maderas. This offers the unique opportunity to, weather permitting, actually swim in a lagoon in an extinct volcano!

Unfortunately, on the day that I hiked up Volcan Maderas, the lagoon was covered with a low fog. I was kind of envisioning walkers emerging from the water in true The Walking Dead style. As you make your way up the trail, don’t forget to look up and watch the Howler and Capuchin monkeys swinging above in the trees above you.

Transportation to and from the trailhead was a deciding factor for me. It takes around an hour to get from one end of the island to the other. If you want to get an early start on the trail to avoid the midday sun, that extra hour is a big deal! So, I recommend staying close to whichever volcano you decide to hike.

The trail for Volcano Maderas left from the back of the property of La Via Verde Organic Farm and B&B, where I was staying. You can literally go from your bed to the trailhead in just minutes!

Is It Worth Hiring a Guide to Hike Volcan Maderas?

One of the many reasons I stayed at La Via Verde on Ometepe Island is that the owners, Darrin and Eileen, were incredibly proactive and helpful in arranging my activities and hiring my private guide for the hike. The island is quite small and everyone seems to know each other. So, just ask wherever you are staying and I am sure they can help connect you with a guide.

My guide for the day was Dimas, who was thirty years old and had lived his entire life on Ometepe Island. He hiked up one of the two volcanos every day of the week during busy season and at least four days per week the remainder of the year. For each seven to nine hour, muddy, steep hike he would make just $25.

I’m very thankful I chose to hire a guide instead of doing this hike solo. The trail is not well marked and with the muddy conditions it wasn’t easy to follow footprints. I also learned a lot from Dimas that I wouldn’t have otherwise! He showed me which plants were poisonous, where to pick fresh (non-poisonous) passionfruit, and how to call the monkeys!

What to Expect on the Hike Up Volcan Maderas

I definitely underestimated how steep and rocky this hike would be. Dimas immediately noticed that I didn’t bring hiking poles (what was I thinking?). He searched along the trail for a walking stick for me to use and chopped one down to size. It was very helpful, but also fairly heavy so I definitely recommend bringing hiking poles for the seven hour hike. Your knees will thank you.

The trail is steep and I don’t say that lightly. There are portions of the trail where I had to climb up rocks with my hands and feet. The majority of it was more like bouldering than hiking.

Expect the hike to take around four hours to reach the top. Be sure to stop often to drink water and replenish some of the calories that you’re burning.

Once at the top, descend down into the crater lagoon to enjoy your lunch and relax. Take some time to recharge for the steep descent.

Pro Tip: Ask your hostel, hotel or B&B if they will arrange a packed lunch for you the night before so you can hit the trail early.

A Detour on the Volcan Maderas Hike

On the descent, Dimas asked if I wanted to stop at a lookout point. Now, in full transparency, he could’ve asked me to stop for just about any reason and I would’ve taken him up on it, but of course I wanted to see the lookout.

So, he took me on a detour to his friend’s bean farm which was on the side of Volcan Maderas. The friend was harvesting beans by chopping pieces of the bean plant and placing them onto a plastic tarp which they then beat with a stick. This caused the beans to fall off of the stems and onto the tarp. These three men did this all day long for what I can imagine is many weeks of the year.

It just so happened that the view from their bean farm is amazing. You have a clear view of Volcano Concepcion and Lake Nicaragua. It was the perfect place to take a break.

Surrounded by Monkeys on Volcan Maderas

As we headed back into the forest to finish the descent, I heard a rustling above me in the trees. We were surrounded by monkeys. I could’ve watched them for hours, swinging and howling through the trees right above my head. This experience alone confirmed that I made the right choice between Volcan Maderas and Concepcion.

Right around this time, the steep ascent and descent was taking its toll on my knees. Like, I was in excruciating pain (from this point forward I vowed to always have hiking poles). The problem is that Dimas and I were still one to two hours away from La Via Verde.

Dimas took my hand and helped me down the entire rest of the way all while playing disco and Justin Bieber to keep us company. I attempted to explain the lyrics to him, but let’s be honest, there’s no explanation for Funky Town or any Justin Bieber lyrics.

Obviously, Dimas and I spent a long day together so had a lot of time to talk. He shared that each night he gets home in time to wash the mud out of his clothes and shoes, eat dinner with his girlfriend and daughter and go to bed so he can get up and hike again the next day.

We talked about his upcoming birthday and his plans to celebrate. He explained that having a meal with meat is really special so that’s what he was most looking forward to. It was humbling to think that something I take for granted was such a special treat for him.

In addition to the tips below, make sure you have these day hiking essentials to bring with you!

Here’s a full packing list for a volcano hike in a similar climate. 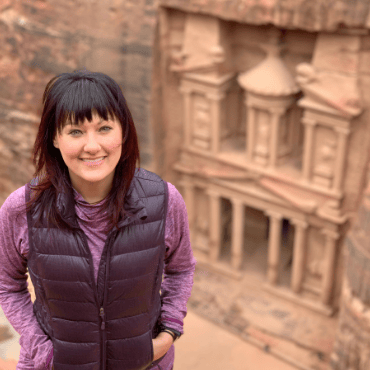 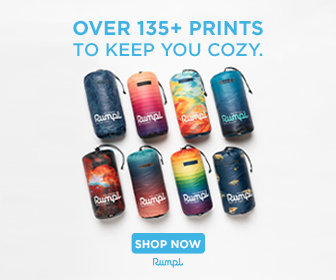 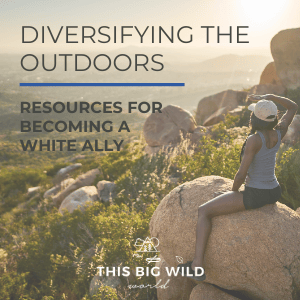